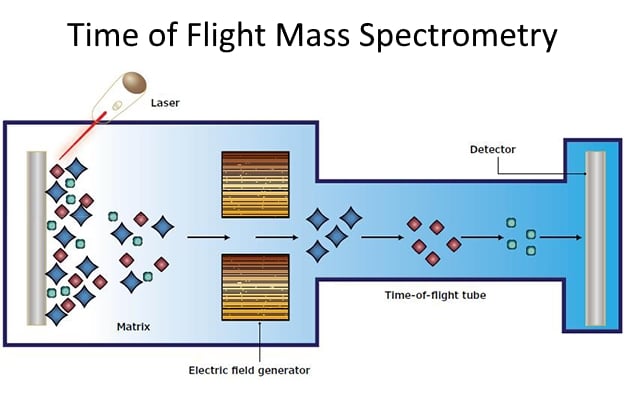 What Laser to use for TOF-MS

Mass spectrometry is an extremely powerful analytical tool for chemical analysis, which is widely utilized in applications ranging from forensics to pharmaceuticals, because of its ability to detect the atomic constituents of an analyte but also determine their relative concentrations.  This process is facilitated by ionizing the sample and then passing it through both an electric and a magnetic field causing them to spread out based upon their atomic mass.  This separation forms a “spectrum,” as a function of mass hence the name mass spectrometry.  Because the resultant spectrum is solely dependent on the mass of the atoms, it is not only able to differentiate between different elements but also between different isotopes of the same element making it an invaluable analytical tool.

While this method is relatively easy to perform on gaseous and liquid samples when it comes to solid samples one drawback of mass spectrometry is that the majority of techniques used for ionizing solid samples require significant pre-processing before the material can be analyzed.  For example, inductively coupled plasma mass spectrometry (ICP-MS), requires the sample to be first dissolved in acid before the ICP torch can ionize it.  Luckily there is a relatively new technique called time of flight mass spectrometry (TOF-MS), where direct laser ablation of the sample is used to produce a photoionized plasma plum, which can then be directly coupled into the mass analyzer.    A deep dive into the construction of TOF-MS systems is far beyond the scope of this blog post but to understand which laser you should choose there are two fundamental principles of laser ablation based mass spectrometry that you need to be aware of first.

First and foremost is the importance of power density to the ablation process itself.   While it varies depending on the laser wavelength and the absorption properties of the material, most publications on the topic agree that a laser irradiance of approximately 1 GW-cm-2, is typically required to produce a proper ion plume from most samples.  At this irradiance, the laser is strong enough to fully ionize the sample, without inducing any unwanted elemental fractionation.  Secondly, the relationship between the mass resolution of the system and the laser pulse width needs to be taken into account.  Since the mass resolution is directly proportional to the temporal ion pulse width at the detector, if the laser pulse is longer than the trigger window on the detector it will lead to a degradation of the systems overall mass resolution.   Therefore when you consider these two factors, it becomes apparent that the ablation laser must have both a short pulse, typically on the order of a nanosecond, and excellent beam quality allowing it to be focused down to a small enough spot to produce the appropriate power density at the sample.   When you combine these laser requirements, with the industry-wide drive to more compact, less expensive, and more portable instrumentation it becomes obvious why most TOF-MS instrumentation manufacturers are turning to q-switched microchip lasers for their laser ablation source. 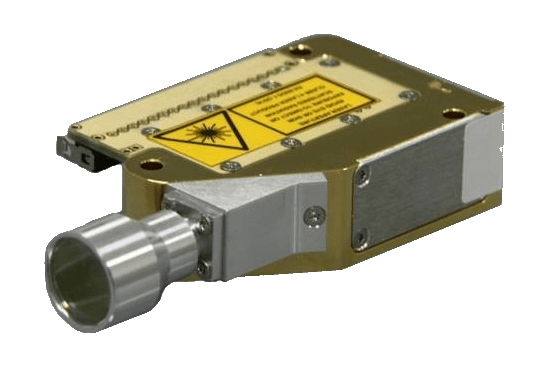 Here at RPMC lasers, we are proud to offer a wide range of both passive and actively q-switched microchip lasers from Bright Microlaser, which are the ideal ablation sources for time-of-flight mass spectrometry.  These microchip lasers offer a matchbox size solution with pulse widths ranging from 2.5 ns to 400 ps, pulse energy up to 80µJ, and an M2 less than 1.2.  All Bright Microlaser lasers come standard with all necessary drive electronics to facilitate seamless integration into a mass spectrometer system, including options for both external and internal triggering and an internal photodiode which can function as a trigger for the detector.  These lasers are available at a wide range of wavelengths from 1064 nm to 213 nm, and with pulse repetition rates up to 100kHz, can allow systems integrators the ability to design the laser to match the requirements of their instrumentation.

For detailed technical specifications on the passively and actively q-switched microchip laser offered by Bright Microlaser click here or talk to one of our laser experts today by calling 1-636-272-7227.