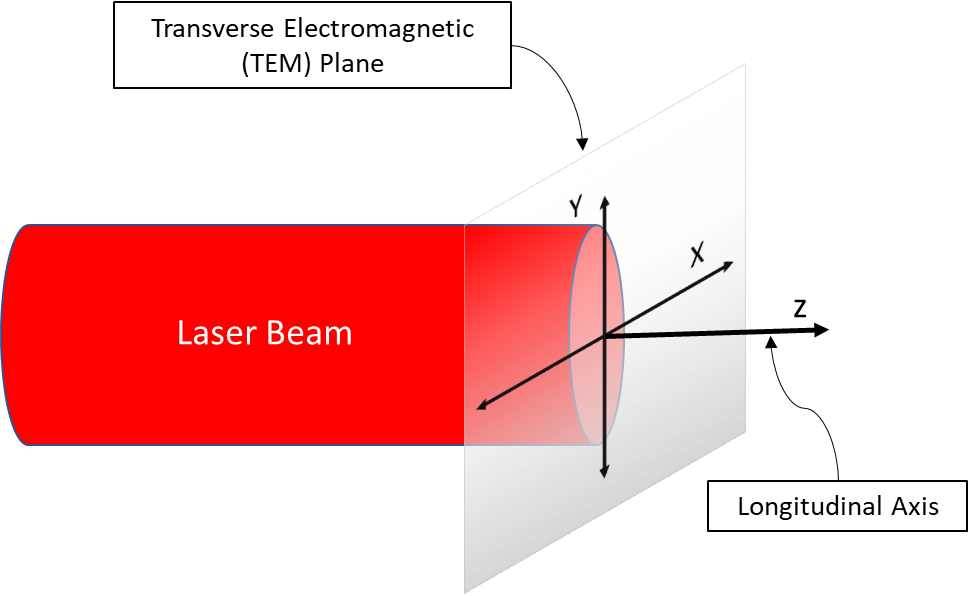 What is Single Longitudinal Mode

Within the laser community, one of the most overused and often miscommunicated terms is the phrase “single mode.”  This is because a laser beam when traveling through air takes up a three-dimensional volume in space similar to that of a cylinder; and just as with a cylinder, a laser beam can be divided into independent coordinates each with their own mode structure.  For a cylinder we would call these the length and the cross-section, but as shown in the figure below for a laser beam, we define these as the transverse electromagnetic (TEM) plane and the longitudinal axis.   Both sets of modes are fundamental to the laser beam’s properties, since the TEM modes determine the spatial distribution of the laser beams intensity, and the longitudinal modes determine the spectral properties of the laser.  As a result, when a laser is described as being “single-mode” first you need to make sure that you truly understand which mode is being referred to.  Meaning that you must know if the laser is single transverse mode, single longitudinal mode, or both.

Whenever a wave has two fixed points, whether it is the mirrors in a laser cavity or the ends of a guitar string, the frequencies that the wave can vibrate at are solely dependent the length of the cavity.  This process is illustrated in the figure below showing the fundamental frequency and the first two overtones for a cavity of length L.  If you extrapolate this out, it is easy to understand that while there are an infinite number of frequencies that can exist within the cavity, each one will have a discreet spacing between them which is dependent on the geometry of the cavity.

Therefore, along the longitudinal axis of the laser beam, the mode structure will determine the laser's frequency content, and as a result, its spectral properties.   A detailed explanation of the physical phenomenon behind which modes will be stable for a given laser is beyond the scope of this blog, but if you would like to take a deep dive into the subject matter you should check out our previous blog post titled “Laser Diode Fundamentals: Single Longitudinal Mode Diodes.”  For the sake of this analysis we will simply state that in a laser system any longitudinal modes that are within the gain band and above threshold will lase, as shown below. 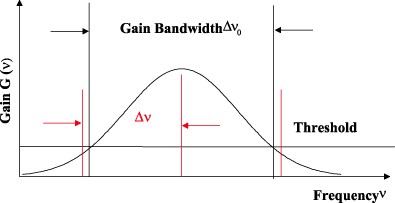 If you would like information on any of the wide variety of single longitudinal mode lasers, we offer here at RPMC, click here, or talk to one of our laser experts today by calling 1-636-272-7227.