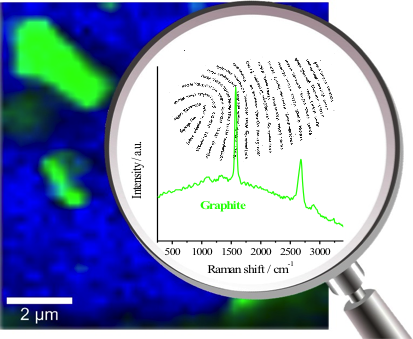 The Influence of Laser Wavelength on Raman Spectroscopy

As discussed in previous posts, Raman spectroscopy is a rapidly growing analytical technique used in a wide variety of industries for material identification, but with so many different laser options it can be somewhat challenging to understand which laser is best for which application. To help elevate some of the confusion around this issue, we released an application note this past August titled “Multi-Mode vs. Single-Mode Lasers for Raman Spectroscopy,” in which we explained the pros and cons of these two categories of lasers, and made recommendations for which is preferable in different applications. In this blog post, we are going to take a look at another essential aspect for when selecting which laser to use, the wavelength. This post is by no means exhaustive and doesn’t explore things such as resonance effects or surface plasmonics, but provide you with the fundamentals you need to quickly determine which laser wavelength is best for most common Raman applications.


Raman spectroscopy measures the vibrational modes structure of a molecule by collecting inelastically scattered laser light and calculating the frequency difference between the scattered light and the excitation laser. This shift results from the photon inelastically scatters off of the molecule, where it excites the vibrational mode transferring energy to the molecule and therefore the photon losses energy which are detected as a shift in wavelength. Because Raman spectra are calculated based on the energy difference between the incident and scattered light, this means that the Raman effect is independent of the laser wavelength. While this is true, there are a wide variety of practical considerations that need to be understood when choosing your laser wavelength. The three main factors when selecting your excitation wavelength are scattering efficiency, auto-fluorescence, and detector availability. So while this blog post is not intended to go into the physics behind any of these three properties, it should serve general guidance when deciding which wavelength to choose. 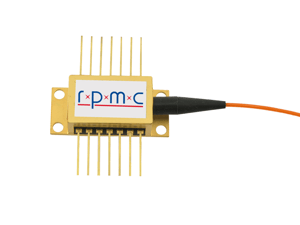 Just as in the more familiar case of Rayleigh scattering, the efficiency of the Raman effect is inversely proportional to the wavelength raised to the 4th power. Meaning that for every 16% the laser wavelength is reduced the number of photons inelastically scattered doubles, and a 50% reduction in wavelength causes a 16-fold increase in the signal strength. Therefore, it would seem evident that a shorter wavelength laser is always the best option, but when we factor in the other two considerations, things get complicated. The biggest challenge with Raman spectroscopy is its relatively week signal strength compared to the fluorescence, and most complex molecules exhibit auto-fluorescence when excited with ultraviolet and visible light. As a result, most organic and biological samples must be excited in the near-infrared to avoid the Raman signal being drowned out by the fluorescence background. The strange dichotomy created by these competing effects, where on the one hand decreasing the wavelength will produce greater signal intensity while simultaneously increasing the background noise (auto-fluorescence) is the single most significant contributor to the reason why there are so many different laser wavelengths utilized in Raman spectroscopy. 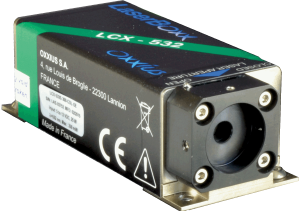 The last and final consideration is the availability of current detector technology. The vast majority of high-resolution linear detector arrays used in spectroscopy are silicon-based which means that they can only detect wavelengths up to approximately 1.1 microns. This further limits the excitation range that can be used, and as a result most of the industry has settled on 785nm as the standard excitation wavelength for Raman spectroscopy. Using a 785nm laser and a silicon detector you can measure roughly 3000 wavenumbers of Raman shift, without inducing auto-fluoresces in most samples. For some extremely complex molecules such as hydrocarbons, it is necessary to use even longer excitation wavelengths to avoid this auto-fluorescence, but this approach requires the use of InGaAs linear array detectors which both more expensive and less sensitive than silicon detectors. Therefore, you should only use 1064nm excitation sources when you are dealing with highly complex molecules such as hydrocarbons. If testing simpler samples such as inorganic molecules or smaller organic molecules then it is best to use a visible laser such as 532nm. By going to even shorter wavelengths you can further increase the scattering efficiency, but then you run into issues with a spectral resolution (in wavenumbers). Therefore utilizing ultraviolet wavelengths is generally only used in very select cases requiring high throughput and low resolution. Additionally, the laser sources in the ultraviolet, tend to be harder to stabilize, further decreasing the spectral resolution of the Raman system.

RPMC offers a wide range of visible and near-infrared volume Bragg grating (VBG) external cavity diode lasers, which are ideal for Raman spectroscopy. For additional information including detailed technical specifications on these lasers click here or talk to one of our laser experts today by calling 1-636-272-7227.