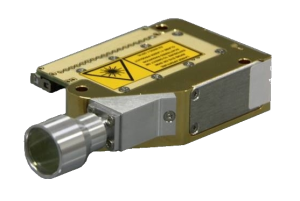 The Basics of Microchip Laser Harmonics

Microchip lasers have been around since 1989 when they were first produced at MIT’s Lincoln Labs, but it wasn’t until recently that they have become commonplace in the commercial laser market.  As such, they are still somewhat misunderstood. In this blog, we are going to take some time and explain their functionality and why they are so uniquely suited as compact pulsed laser sources at a wide variety of laser wavelengths.  Microchip lasers are a specific subset of q-switched DPSS lasers where a passive q-switch is monolithically bonded to the laser crystal.  These passive q-switches, which are typically semiconductor saturable absorber mirrors (SESAM), act as both the q-switch and the output coupler, allowing for tiny optical cavities. The compact and alignment-free nature of microchip lasers enables them to be constructed utilizing telecom production techniques which allow for compact, ruggedized packaging at a relatively low cost.  As a result, microchip lasers are ideal for integration into range finding, scribing, and marking systems.

Surprisingly this resonator geometry allows for the generation of short pulse width (sub-nanosecond) laser with high peak powers often greater than tens of kilowatts.  This makes these lasers ideal for both external and intracavity harmonic generation.  External cavity second harmonic generation was first achieved in 1996 by bonding a thin KTP crystal, that is coated to be highly reflective at 1064 nm and anti-reflective at 532nm, and then bonded to the front of a Nd:YVO4 microchip laser. Within two years, third and fourth harmonic microchip lasers were also demonstrated using an external crystal to produce 355nm and 266nm lasers.  In order to fully understand why these lasers are ideal for harmonic generation, it is important to review the fundamental physics underlying this nonlinear process.

As we previously described in our white paper on two-photon microscopy, the simplest way of understanding this nonlinear optical effect is by looking at the relationship between the polarization density (P), the materials susceptibility tensor (c) which is related to the index of refraction of the marital, and the electric field of the incident laser (E).  Sum frequency generation, also referred to as second harmonic generation, is what is known as a second-order nonlinear effect and obeys the following relationship,

From Equation 1, it is clear that the effect is highly dependent on the magnitude of the electric field.  Since the electric field density is dependent upon both the laser’s pulse duration and pulse energy, the shorter the pulse width and the larger the peak power, the more efficient it will be at harmonic generation.  To further improve the nonlinear conversion efficiency of microchip lasers, researchers at St Andrews University used an intracavity geometry where the intensity is far higher, and the beam waist can be controlled, to produce more difficult wavelengths such as red and yellow.

Today through the use of second, third, and fourth harmonic generation, microchip lasers are now commercially available with emission wavelengths from the ultraviolet through the infrared. Here at RPMC lasers, we are proud to offer the FP microchip laser series from Bright Microlaser based in Italy. These microchip lasers are available with pulse widths as short as 400ps, while still maintaining a transform-limited single longitudinal mode and an M2 of less than 1.2.  Available in wavelengths from 1064 nm to as low as 236.5 nm.  OEM and fiber coupled laser packages are also available.

The simplicity of these passively q-switched lasers, not only makes them relatively inexpensive in comparison to most short pulse lasers, but also allows for an ultra-compact design powered by a standard 15V power supply. Recently, Bright Microlaser has released a new “smart driver” offering OEM integrators a higher degree of monitoring and control capabilities of crucial laser parameters, real-time feedback with a remote-control connection and new and improved GUI software.  For a more detailed description of this new driver, please check out our January blog post titled “New Miniature UV Laser and Improved Smart Laser Driver.”

At RPMC, we are proud to be the exclusive North American distributor for Bright Microlaser. If you would like to get additional technical specifications on the FP microchip laser series from Bright Microlaser click here or talk to one of our laser experts today by calling 1-636-272-7227.