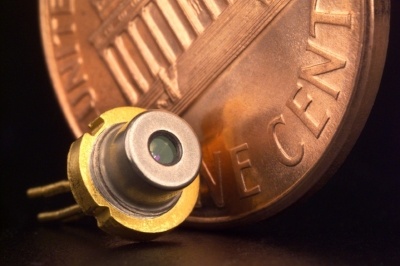 A laser diode or semiconductor laser is the simplest form of Solid State Laser.  Laser diodes are commonly referred to as edge emitting laser diodes, because the laser light is emitted from the edge of the substrate. The light emitting region of the laser diode is commonly called the emitter.  The emitter size and the quantity of emitters determine output power and beam quality of a laser diode.

Single mode laser diodes typically have an emitter that is approximately 3µm - 7µm x 1µm, dependent on the wavelength. The emitter allows only a single mode to propagate along the active region.

Multimode laser diodes have the emitter width enlarged to allow multiple modes in the active region. The emitters can be 30µm - 300µm x ~1µm. 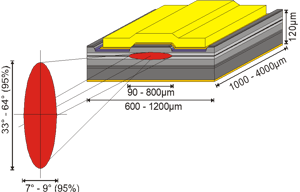 The laser diode is electrically a Pin diode.  All modern lasers use the double-hetero-structure implementation, where the carriers and the photons are confined in order to maximize their chances for recombination and light generation.

A laser diode’s goal is to recombine all carriers in the active region and produce light. Laser diodes are made using direct ban=gap semiconductors.  The epitaxial structure is grown using crystal growth techniques, beginning from an N doped substrate, and growing the doped active layer, followed by the P doped cladding, and a contact layer.  The active layer will typically consist of quantum wells, which provide lower threshold current and a higher efficiency.

Laser diodes are the most common type of laser produced and have a wide range of uses which include: fiber optic communications, barcode readers, cd/dvd/Blu-ray disc reading, laser printing, light beam illumination, and laser scanning.

See our new Lasers 101 page for in depth information on the attributes of lasers. 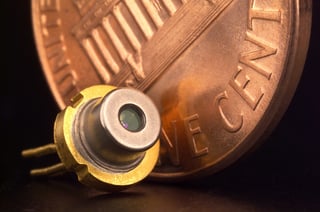 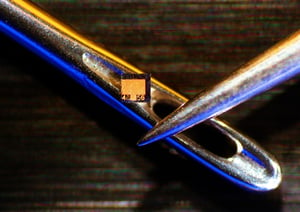 RPMC Lasers provides laser diodes at an affordable price while providing the best customer service throughout the specification, sales, and implementation process.  We believe we are the best option for ALL your DPSS and Laser Diode needs!